Charter: The 45 In 5 Task Force is assigned the responsibility to attract IHMM and AHMP volunteers in the various states to encourage states to formally recognize IHMM credentials. 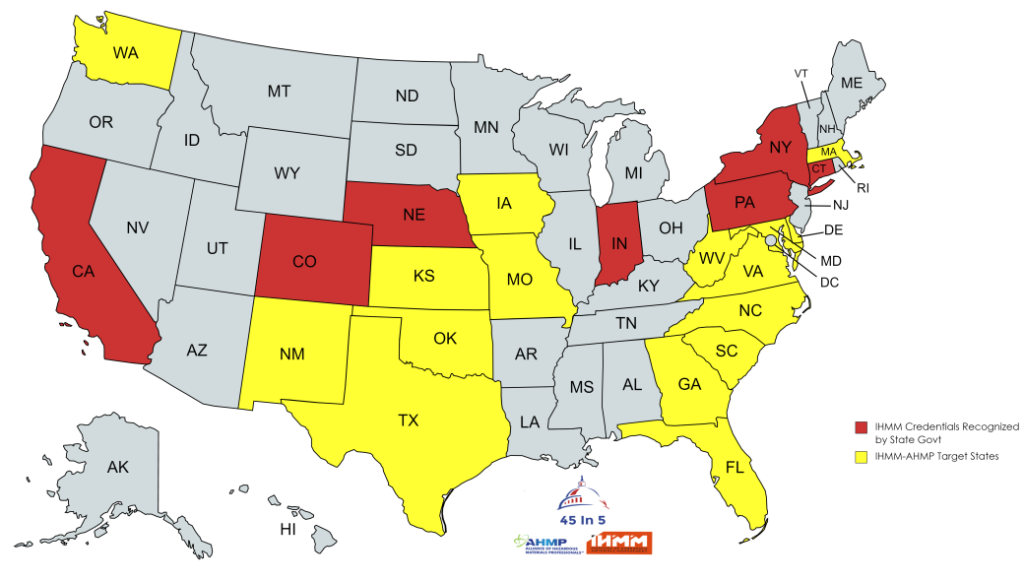 In 2019 Mark Bruce from AHMP and Gene Guilford from IHMM worked on a project to get the Commonwealth of Pennsylvania to recognize the CHMM and CDGT credentials. With Mark’s work on the ground in  Pennsylvania, we succeeded. We have already succeeded in 6 states – New York, Connecticut, Pennsylvania, Indiana, California, and Nebraska.

Now Mark at AHMP and Gene at IHMM has launched 45 in 5, getting the other 45 states to recognize our credentials in 5 years. If we can find a volunteer like Mark in 45 other states we can work with those volunteers on crafting the right message to the right agencies in state governments across the country. If we find enough volunteers we can get this done in less than 5 years.

Here’s what we ask each volunteer to do:

Let’s get the rest of the country on board. Volunteer using this form: AHMP/IHMM 45 in 5 Project